Elected to the Board of Aldermen in April 2009, Bob Simmons is a co-owner of Table Rock Asphalt Construction Company in Branson and Southwest Materials Inc. in Ozark. Bob moved to the area in 1955, graduated from Branson High School and attended the University of Missouri receiving a Bachelors Degree in Business Administration and a Masters Degree in Accounting. He received his CPA certificate while working for a public accounting firm in St. Louis. In 1971 after two years in the Army he returned to Branson.

He has served on the Skaggs Regional Medical Center Board of Directors since 1988, serving as Board President two different times and serving as Treasurer for several years. He was the recipient of the Missouri Hospital Association’s 2005 Excellence in Governance Award. Other current affiliations include First Community Bank of the Ozarks board since inception, Table Rock Lake Water Quality board and treasurer since inception, Faith Community Health board since inception, and the White River Valley Electric Cooperative board including two terms as President of the board. He also served two years on the City Finance Committee prior to being elected Alderman.

He and his wife Mary Lee have 3 children and 3 grandchildren.

City of Branson Boards and Committees: 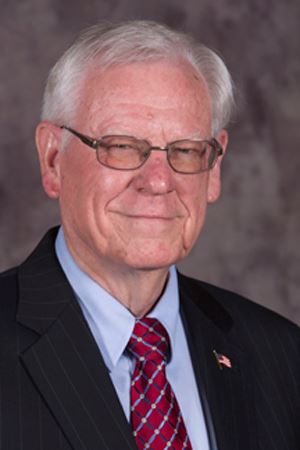